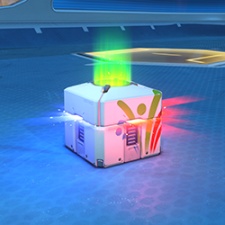 The Netherlands Gaming Authority has deemed some games' usage of loot boxes as gambling after investigating 10 unnamed titles following concerns by players, parents, and those working in addiction care.

Its report Study into loot boxes found that four of those 10 games contravened its Betting and Gaming Act as they include randomised prizes with real-world value, but don’t offer players influence on the outcome.

The NGA took issue as it believed the design and mechanics behind loot boxes to be very similar to gambling games like slot machines and roulette, which presents difficulty as offering “games of chance” to Dutch consumers requires a licence to operate.

While it took no legal query with the other six titles, as they don’t offer loot boxes with any real-world worth or market value, the group maintained that loot boxes in general pose an additional risk as they’re aimed towards younger people.

This story originally appeared on PocketGamer.biz.

EA is forging ahead with loot boxes following Battlefront 2 controversy