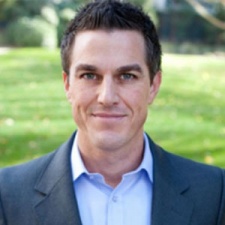 Speaking to investors, CEO Andrew Wilson (pictured) said that the company is "very, very confident" about the developer's future. This comes in the wake of BioWare general manager Casey Hudson and executive producer Mark Darrah announcing their departure from the studio in December 2020. The previous year, lead producers Ben Irving and Fernando Melo both left the developer alongside Anthem live services producer Chad Robertson. Studio vet Mike Laidlaw also said he was departing BioWare at the start of 2020.

Wilson did admit that BioWare had missed the mark somewhat in recent years, but said he had faith that the firm could deliver.

"BioWare is an incredible studio filled with incredible people who do incredible work," the EA CEO said.

"From the outside world there have been some blips in their delivery over the last couple of years, but that has come as a result of them pushing deeply into innovation and creativity, and we feel very, very confident about their future roadmap. And we've talked about games like Dragon Age and Mass Effect in their future.

"With respect to Casey and Mark leaving, both good friends of mine, we have tremendous respect for both of them. But this happens in the natural course of creative organisations from time to time, and we feel very very good about the ongoing leadership of that studio."

BioWare is currently reworking Anthem following its less-than-stellar 2019 launch, in addition to new entries in both the Mass Effect and Dragon Age series. That's on top of Legendary Edition, remasters of the first three Mass Effect games, which is set to launch in May.