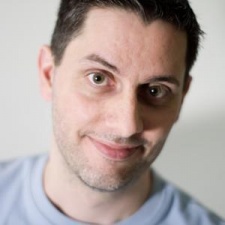 The developer revealed on Twitter (below) that he was leaving the creator of Anthem. Melo was with the company for 12 years, working on both the Mass Effect and Dragon Age franchises.

He departed the company on August 16th.

Melo worked at the developer's studio in Edmonton, Alberta. Dragon Age 4, codenamed Morrison is currently in development at the studio.

"With a great game leadership team in place, a fantastic creative vision, and some of the best devs in the world, Morrison is well underway to becoming the definitive Dragon Age experience - and I'm incredibly proud and honoured to have played a part in that," Wrote Melo in a parting email.

"I'll be eagerly awaiting the opportunity to experience the next DA as a fan this time around."

Last week, Anthem lead producer Ben Irving announced he was leaving BioWare to accept an opportunity with another company.

"There's really no easy way to sum up all the fantastic experiences and friendships across our studios, our partners, and in our community, that I've been so fortunate to have been a part of over these years," said Melo on Twitter

"To be clear, this is my own decision. I've been wanting to take some time to disconnect and explore a couple ideas for the next chapter in my career."

Tonight I got to write my name up at our local pub, alongside many other amazing peers over the years, and it reminded me of a lot of folks no longer here that I miss dearly. pic.twitter.com/MFQELPM2jr