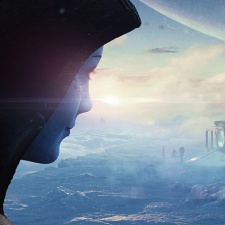 A number of veterans of BioWare's Mass Effect studio are working on the upcoming new entry in the series.

That's according to the game's director, Mike Gamble, who posted on Twitter that principal narrative designer Dusty Everman has come to the project, having returned to the studio in October of this year.

That's on top of creative director Parish Ley, a veteran of over 14-and-a-half years at BioWare and art director Derek Watts. Finally, producer Brenon Holmes has joined the project, having spent the last six years working on the studio's new IP, Anthem.

News that BioWare was working on a fresh Mass Effect title broke at The Game Awards last week with a teaser trailer, alongside another look at the studio's other upcoming release, Dragon Age 4.

It's likely that Gamble's decision to highlight some of the big names working on this new Mass Effect game is partly inspired by the fact BioWare has lost some high-profile talent in recent weeks. Studio GM Casey Hudson announced his departure earlier in the month, while Dragon Age executive producer Mark Darrah is also retiring from BioWare.

On top of these two projects, BioWare is working on improving 2019's Anthem, as well as developing a game in one of its "most prestigious franchises." It is entirely possible that is a reference to Mass Effect, though.