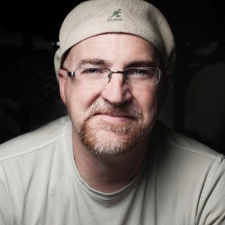 Game director and chief of staff over at Anthem maker BioWare, Jonathan Warner (pictured), has announced that he is leaving the studio.

In a post on Twitter, the close-to ten-year vet revealed that he was departing the developer having worked at the EA-owned outfit. Warner was previously a game director on BioWare's sci-fi online RPG title Anthem, which somewhat bombed following its launch in 2019.

He joined BioWare back in 2012 as a senior producer, working on the multiplayer and Citadel DLC for Mass Effect 3, as well as the Special Edition for the Wii U, before being promoted to game director in 2015. In 2019 he also became chief-of-staff at the company's Edmonton office.

"So, today is my last day at BioWare, I’m moving on to do new things," Warner wrote on Twitter.

"BioWare has been home to my grateful heart for nearly 10 years and I want to wish them all the best. [Dragon Age, Mass Effect and Star Wars The Old Republic] are in good hands and I can’t wait to play from this side of the screen."

In February, EA cancelled Anthem Next. This was an attempt by BioWare to address the problems people had with the initial version of its sci-fi title. By all accounts, development on Anthem was something of a mess, with the edition that was released in February 2019 only having been in production for some 18 months.