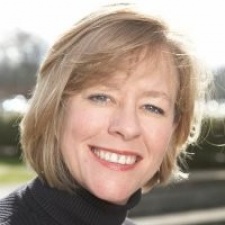 Xbox Game Studios has provided a reminder that the upcoming Age of Empires 4 is still on the way.

In a blog post, World's Edge studio head Shannon Loftis said that the game was playable, both at Microsoft's Washington headquarters but also at those of developer Relic Entertainment in Vancouver, Canada.

Loftis said that the title needed to be debugged, polished and balanced, but all the different systems had been built and put together.

"[Real-time strategy game] development is funny: it takes a while to build the separate systems (AI, economy, sim, rendering, etc), and then it takes a while for them to come together," she wrote.

"But when they do, you suddenly have a game—a game that needs debugging and balance and polish— but the core of the game that you know you’re going to ship. And the best part is that it feels like an Age of Empires game.

"Our partners at Relic have been incredible stalwarts as we all migrated development from office to home, and modified (through trial and error) our processes to help facilitate productivity to keep the game on track. So much passion, such great developers, artists, designers, narrators, audio experts, and community—not to mention the backbone functions that keep the company going."

Age of Empires 4 was announced back at Gamescom 2017 but little has been heard about the project since. In recent years, Microsoft has focused more on remastered "definitive editions" of the first three entries in the strategy franchise.

In 2019, World's Edge's Adam Isgreen said that Age of Empires still attracts more than one million people each month.

At E3 2019, Microsoft revealed a new arm focused on Age of Empires, with Isgreen confirming to PCGamesInsider.biz later that year that this was in fact an outfit overseeing other studios' work on the IP.

Shortly after PCGamesInsider.biz launched, we caught up with the designer of the original Age of Empires, Bruce Shelley, to discuss the creation of a classic.