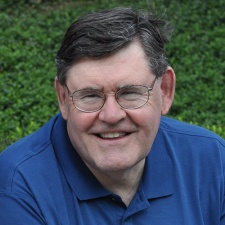 For many people with a PC in the late ‘90s and early years of this millennium, Age of Empires is fondly remembered.

Released in 1997, the RTS classic was made by a brand new developer, Ensemble, with Microsoft – then new to the games space – handling publishing duties.

Age of Empires sold three million units and went on to spawn two sequels, as well as the Age of Mythology spin-off. Between them, unit sales for the franchise stand at an impressive 20m.

We catch up with the man behind the game, designer Bruce Shelley, to chat about where it all began.

What was the initial idea behind Age of Empires?
The original idea was to blend the historical and economic themes from Civilization and create a real-time strategy game like Warcraft and Command & Conquer.

What challenges did you and the team at Ensemble when developing Age of Empires?
We had to create both the game and studio at the same time. Very few of us had any experience making games, but we were all game players. Our President, Tony Goodman, did a great job of finding people with the skills needed and he worked with possible publishers. We were lucky that Microsoft was just getting into games and they were willing to take a chance on AoE. We had to build everything from scratch, including the engineering, the art style and pipeline, the music, and the design.

What were your expectations of the title before launch?
When we started our goal was to sell at least 100,000 units, but by the time we finished I believe we needed to sell 500,000 to break even. But the extra work we put in made a difference and having Microsoft as our publisher was huge. The game sold better than our best hopes and I believe went out of stock briefly in the holiday season right after launch.

What sort of influence would you say Age of Empires had?
Hard to say. We demonstrated that historical themes could work (our competitors at the time were all sci-fi or fantasy). Realistic worlds could be successful (ambient life running around on the world maps).

How would you assess the reception at the time?
Wonderful. One reviewer called it digital cocaine, which was a little strong, but obviously people got into and forgot about the passing of time. I remember a British journalist saying he knew it would be a hit after just seeing a screen shot, but we had to deliver on the promise of that image. It generated a very loyal following across continents, among gamers of different tastes (intense multiplayers, casual gamers, solo gamers, content creators), and for all age groups.

What lessons did you take away from Age of Empire, as a developer?
Our development process worked—prototype early, design by playing, polish. There was a strong market for history based RTS. We needed better play-testing for balance during development. Providing multiple paths to victory was not overly important. Randomly generated maps were good in general but for competitive play we had to provide maps that were equal in opportunity for everyone.

What would you say Age of Empire’s legacy has been?
It was the necessary first step on the way to making Age of Empires II, which was our best game. We introduced a lot of young people to history. We received a number of letters from parents who spoke about how our game sparked interest in history for their child. It was an important game for many people of that generation. We hear regularly from people who still play or for whom it is a great memory.

How did development on Age of Empires II and III compare with the original?
Age of Empires was a struggle to make as we had to build a studio, find good people, and build a successful game. Age of Empires II was a chance to put everything to work we learned making the first game. We had a lot of experience at that point, we had a top publisher, it was easier to find quality help, we had expert players on staff to test and give feedback, and we had a terrific subject (knights and castles).

Age of Empires III was difficult because we felt we had to innovate and the Age of Discovery was not as cool a period. We struggled a lot with new features like military formations (dropped eventually) and the Home City (went through many, many iterations).