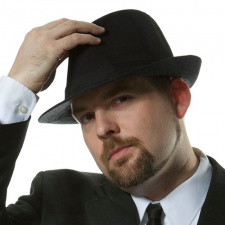 That's according the series' creative director Adam Isgreen, who told PCGamesN that this figure is only rising.

Age of Empires 4 was announced at Gamescom 2017 with Sega-owned Relic Entertainment at the helm, while an HD Definitive Edition of Age of Empires 2 was unveiled during Microsoft's E3 2019 conference.

That's on top of forthcoming content that's likely to come from a newly-set-up Age of Empires-focused studio headed up by Shannon Loftis.

“We have over a million people a month playing Age of Empires games, and the numbers keep going up,” he said.

He continued: “It can’t just be nostalgia, right? There are new people coming into the franchise and playing it, and I think the interesting thing is that for a lot of RTS games, I think there is a pent-up demand – and the numbers seem to back this – for more ‘thinking games,’ the games that require you to plan and strategise and think.”

Back in February 2018, we caught up with Isgreen to discuss the Age of Empires Definitive Edition, which saw the classic strategy title remastered for the modern day.

Speaking of which, we spoke to the designer of the original game's designer Bruce Shelley to discuss Age of Empire's creation.