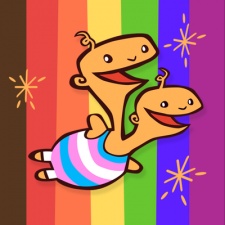 Updated:There are in fact two new studios at Microsoft.

In a blog post following the Xbox firm's showcase - as spotted by GamesIndustry.biz -  the firm said that there's a new studio for Age of Empires, headed up by Shannon Loftis.

"With the addition of Double Fine, there will be a total of 15 unique, standalone studios that comprise Xbox Game Studios, including our newly-created Age of Empires studio headed by Shannon Loftis and our Publishing group headed by Peter Wyse," Xbox Game Studio boss Matt Booty said.

"We are committing more resources and dedicated leadership to the Age of Empires franchise to ensure that its legacy on PC continues in service of the passionate community of faithful fans.

"I’m proud of the 14 games we showcased from Xbox Game Studios today – the most we’ve ever had in our E3 briefing. We have the full depth and breadth of talent in our studios focused on creating new games for Xbox players, and we’re committed to making them great."

News of the deal was revealed during Microsoft's E3 2019 press conference. Double Fine, founded by Tim Schafer, is currently working on Psychonauts 2. The game will be available on Xbox Game Pass at launch, as with all titles developed by Xbox Game Studios.