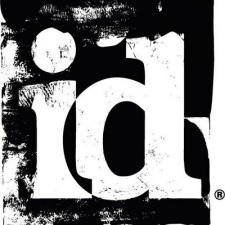 Speaking to VG247, executive producer at developer Id Software Marty Stratton claimed that the studio was working hard with long hours for large parts of 2019, but also said that it came and went in phases.

However, Stratton explained that the company does consider its employees' lives - respecting their time and commitments.

“We really truly do try and be very respectful of peoples’ time and lives. We have very dedicated people that just choose to work a lot in many cases. It was nice because we want the game to be perfect. We want it to live up to our expectations and consumer expectations."

Stratton continued: “We work very hard and we’ll put in extra time to do that. Sometimes when we just get the extra time we do it anyway because we want it to be that much better.

“A delay takes a little bit of the steam and pressures out but it’s almost one of those things where we’ll push it even harder to get even more just as tight as it possibly can be.”

In recent years, developers have come under fire for expecting and sometimes forcing overtime on its employees. One such company is Epic Games, last April Fortnite developers complained that there was a constant crunch with working hours between 70 and 100 per week.

Rockstar's team behind Red Dead Redemption 2 also found themselves working 100 hour weeks to meet deadlines for the western-shooter. Former Telltale CEO Kevin Bruner claimed that crunch was needed to keep the studio going for as long as possible.

CD Projekt Red insisted Cyberpunk 2077 would be made without a "mandatory" crunch. Rather, the company wants to be known for treating its developers with respect. Last year, new publisher Modern Wolf claimed it would have a crunch-free environment.