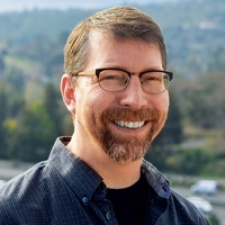 A former Telltale executive has claimed that crunch was vital for the day-to-day operation of the now-defunct studio.

Speaking to GameInformer, former CEO and studio co-founder Kevin Bruner that Telltale’s knife-edge budgeting meant crunch was necessary to keep the studio alive for as long as possible.

"For other studios, it happens all the time in games where, 'Our release date is this fall' and then the studio will announce that fall, 'Oh you know what, the game wasn’t ready, we pushed it out until next spring.' And that really wasn’t something that Telltale could do. We didn’t have the budgets to delay production that long; we didn’t have the cushion."

Of course, Telltale didn’t stay afloat, and one could argue that if a sudden investment drop could lead to an immediate mass layoff, then Telltale’s business wasn’t stable at all. In fact, some might call that terrible mismanagement.

The studio was notorious for taking on dozens of projects following the success of The Walking Dead, shifting teams between various licensed projects that inevitably failed to match the lofty success of the zombie franchise’s first season.

Bruner admits that, like all studios, it's hard to stop people working longer hours on passion projects. But rather than promote a healthy atmosphere, Telltale appeared to push a workplace culture that prioritised crunch.

“We tried to create an environment where you really had to do that to survive at Telltale, because we didn’t have these three-year-long production cycles.”

Indeed, the company’s implosion - alongside news like Rockstar’s 100-hours-a-week crunch revelation - reignited discussion around studio heads treading their workforces as disposable labour. In light of this, Bruner’s claim that crunch is necessary to run a company comes across as remarkably insensitive.

Outspoken former Telltale employee Emily Grace Buck also told GameInformer that much of the crunch at the studio came from Bruner himself, saying: “He was known for asking for extremely large changes very close to ship date that would mandate crunch for a huge percentage of the studio, which is obviously not ideal.

“Yet at the same time, he was under a lot of pressure from the board that wanted certain types of products to come out.”

Crunch may have been necessary at Telltale, but it appears only because of a business model that the company had adapted that necessitated constant releases of new series and episodes at a rapid-fire pace.