Cyberpunk 2077 will be made without "mandatory" crunch, says developer CD Projekt RED 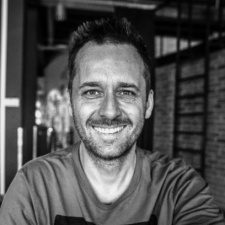 Speaking to Kotaku, CEO and co-founder Marcin Iwiński (pictured) said that there will be no "mandatory" crunch for the project, ignoring the fact that most crunch isn't compulsory at most outfits, but companies passive-aggressively get their staff to work longer hours.

The top brass do admit that there will be times where overtime is expected - around the time that the E3 demo needs to be completed. It's worth noting that CD Projekt does pay overtime - 150 per cent of nights; 200 per cent for weekends - but the studio has started dictating when employees are allowed to take holiday.

“We’re known – let me be humble for a moment here – we are known for treating gamers with respect,” said Iwiński.

“This is what we’ve been working hard toward. And I actually would [like] for us to also be known for treating developers with respect.”

He continued: “We’ve been working toward it for some time already. We’ve been communicating clearly to people that of course there are certain moments where we need to work harder—like I think the E3 demo is a pretty good example—but we want to be more humane and treat people with respect. If they need to take time off, they can take time off. Nobody will be frowned upon if this will be requested.”

Studio head and Cyberpunk 2077 director Adam Badowski added: “From a wider perspective, we need to remember that the whole production takes, say, four years, sometimes five years, and most of the time, like three years, there’s no crunch. There’s no additional hours. Sometimes before E3 [we crunch], but most of the time the production is super normal. We are talking about the very last round towards the release. And it’s always difficult to manage, but you know that there are some complications. It’s really difficult not to use all the forces at the very end. Plus there’s another factor—sometimes we have unique specialties, very unique people, and you cannot clone them. We need them to work on highly specific things. And we need to ask them to spend more time on something highly specific because there’s no other way to do it. It’s mostly R&D or very special requests, like tools.”