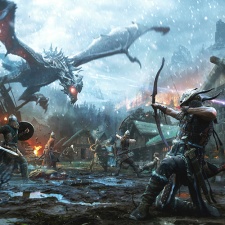 Games publisher Bethesda has said that it is halting work on its card game, The Elder Scrolls: Legends.

Community Christian Van Hoose aka CVH revealed the news via Reddit, saying that new content has been put on hold "for the foreseeable." The forthcoming Asian version is still coming and is being handled by GAEA.

No end date has been given for the game, with Van Hoose saying that consumers can still download and play the card title for the near future.

"Our previous roadmap indicated we would be releasing one more set this year. We decided to put any new content development or releases on hold for the foreseeable future. This decision will not in any way affect the release and development of GAEA’s Asia-specific version of Legends, which is operated separately, but will inform our decisions on content and feature development going forward.

"To thank you all for supporting Legends these past few years, and for continuing to play with us, we are giving away The Tamriel Collection – an assortment of new, three-attribute cards and more – to all players for free upon their next login. We are immensely grateful to work on The Elder Scrolls: Legends, to have you as a community, and we sincerely appreciate the love and support you’ve given us."

This is the second card game to bite the dust in the last week. Polish games firm CD Projekt announced last week that its Witcher title Gwent was going to close on console with the company deciding to focus on the PC and mobile editions.