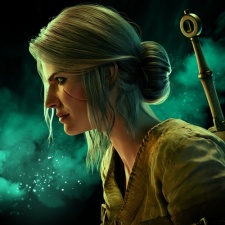 Polish firm CD Projekt has announced that it is halting support for its Witcher card game Gwent on PlayStation 4 and Xbox One.

The firm has said in a blog post that it can't support the title on both these platforms, PC, the recently-released iOS edition and the forthcoming version for Android, and that Gwent is more popular on PC and mobile devices.

From December 9th, users will be able to move their progress from console to other platforms if they want and will be able to do so until June 9th, 2020. Expansion content will not be coming to console from this point and real-world money cannot be spent from today.

Gwent started life as a mini-game in 2015's The Witcher 3: Wild Hunt before launching as its own release in 2018. On PC, single-player story mode Thronebreaker was originally an exclusive to CD Projekt's own GOG.com storefront - one of many firms to try and cut Steam out of the picture. The game, however, came to Valve's platform pretty soon after launch which is surely an admission that GOG.com didn't yield a big enough audience.

CD Projekt, of course, also has the small matter of Cyberpunk 2077 which is launching in April 2020.