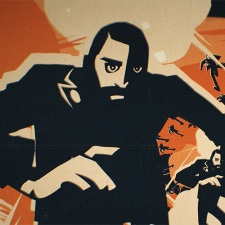 Developer Arkane Lyon has pushed back the launch of its upcoming new IP Deathloop until September.

The studio revealed the news in a post on Twitter, saying that it wanted to make sure its staff were healthy and safe. This is likely code for: "We don't want to work out developers until they have breakdowns." Arkane also apologised for the delay and thanked its community for their support.

"We're committed to quality and preserving our team's ambitions for Deathloop while ensuring the health and safety of everyone at Arkane," game director Dinga Bakaba and art director Sebastien Mitton wrote.

"We'll be using this extra time to accomplish our goal: create a fun, stylish and mind-bending player experience."

Deathloop was announced for PlayStation 5 and PC in 2020 with an initial release window of late 2020. From there, the title was bumped until May 21st before now landing on September 14th.

The title is still going to be a console exclusive for PlayStation 5, despite Microsoft buying Bethesda parent company ZeniMax Media for $7.5 billion and therefore now owning the Deathloop IP.

A number of Bethesda titles – including Arkane's Prey and Dishonored franchises – have come to Xbox Game Pass. Recently, Bakaba said that the subscription service will allow Arkane to "remain creative."