Ubisoft: 17 per cent of gamers subscribe to at least one subscription service 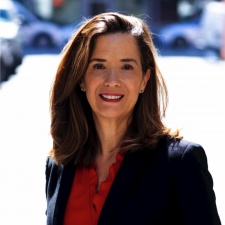 Just under a fifth of gamers subscribe to more than one subscription service.

That's according to research done by Ubisoft - as reported by GamesIndustry.biz - in which the French publishing giant spoke to 4,000 15-to-45-year-olds who play PC, PS4 or Xbox One games last year. The company was assessing the market ahead of announcing its own UPlay+ subscription service.

The firm's VP of platform Brenda Panagrossi said that 41 per cent of respondents shell out for an online service such as Xbox Live or PSN, with 24 per cent paying for one subscription service like Origin Access, Xbox Game Pass or PlayStation Now. 17 per cent fork out for more than one.

"We found there was broad interest, but it was especially interesting to hardcore gamers, those who usually buy more than ten games a year and play more than 20 hours [a week]. Many of the consumers that express a lot of interest have multiple platforms."

Ubisoft revealed UPlay+ at E3 2019, though the subscription service leaked ahead of time. The platform rolled out earlier this week with over 100 titles including at launch.

Right now, UPlay+ is only available for PC but is coming to Google's Stadia streaming platform in the future. This follows Ubisoft reporting that PC was its biggest platform by revenue for the three months ending June 30th, in part thanks to Anno 1800. That title is not included in UPlay+'s initial line-up due to technical issues.

Speaking to PCGamesInsider.biz at Gamescom 2019, Ubisoft EMEA boss Alain Corre said that UPlay+ is going to grow the firm's business and bring new consumers into the market.