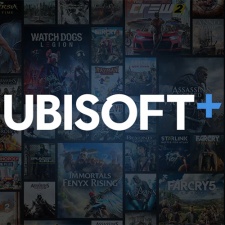 In a blog post, the firm said that this would be renamed Ubisoft+ and would be coming to both Amazon's Luna platform as well as Google Stadia.

The service is launching on the former on November 10th in beta and will be coming to the latter at a later date. Ubisoft+ costs $14.99 per month and gives subscribers access to more than 100 titles.

"Additionally, subscribers can pick up where they left off in some games, like Assassin’s Creed Valhalla, across their devices whenever and wherever they are with cross-platform progression."

Uplay+ was announced at E3 2019 along with the news that the service would be coming to Stadia in 2020. It's not clear whether that is still on track for that release. The platform was released for PC in September 2019 in beta.

Last year, Ubisoft said that 17 per cent of gamers subscribe to at least one subscription service.

At Gamescom 2019, we caught up with the company's EMEA director Alain Corre to discuss Ubisoft's plans to reach five billion gamers with an eclectic line-up and new subscription service.