The Times They Are A-Changin': How Valve is trying to update Steam for the modern games industry 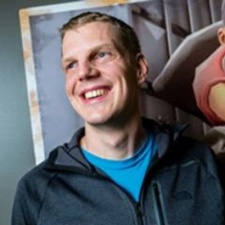 Over the last few years, the perception around Steam has changed somewhat. Valve's storefront has gone from being the biggest name in PC gaming to having a more problematic relationship with both the development community and players.

Creators have found that due to the sheer number of releases coming to the platform - especially following Steam Direct's 2017 rollout - it's far harder to actually be seen and go on to have success on the storefront. At the end of 2018, as criticism against Steam grew and grew, Fortnite maker Epic Games launched its own store, offering a more competitive revenue share - 88:12 versus Steam's 70:30 - with many seeing this as some real competition to Valve finally emerging. The company hasn't stopped trying to improve Steam though, with a bevvy of new features coming to the platform in the near future.

So, it seems like it's been an interesting year for Steam. Lots of new things happening in the store space, new competition...

Historically, there's always been a lot of change. I feel like that over the year, there's been a lot of interesting things happening in PC gaming and gaming in general. The last year has had quite a few developments and changes. That seems with on par with how things have been. That's not to say we are always doing things exactly the same as we're always paying attention and figuring out what unique niche does Steam serve and how do we best make players happy and help developers reach their market.

The narrative over the last eight or nine months in the games industry is that Valve is under pressure now to improve Steam after a massive company like Epic has entered the store space. How do you view this competition?

You can look at competition in some many different ways. Steam isn't just competing against Epic or Microsoft or Sony - we're competing against Netflix and videos and books. It's all just how people choose to spend their time. We take a much broader view of what Steam does really well, how we can make sure we keep doing that really well and serving customers as best we can. We're always paying attention to the landscape, seeing how we fit into that and how we keep doing the best job that we can.

What do you think Steam's place in the landscape is?

There are three pillars that guide Steam's development. That's really making sure that we're providing the best experience for developers and customers; that we're building out a robust platform of services and features that can help developers do their jobs and reach customers and help developers make their own customers happy. That's what our guiding principals are.

Valve recently launched Steam Labs, releasing experimental features for the community to try out. What was the thinking behind this new initiative?

We do a lot of experimentation within Valve and on Steam. A bunch of those things never end up seeing the light of day. From the outside, it looks like we're not doing anything, in those examples, right? But there's actually a bunch of interesting experimentation and they might ultimately manifest in some different way. But what we were finding is that we'd do some experimentation and we'd try out interesting different things and internally we weren't even sure how players were going to respond to these things. Which of these things is the most interesting? So Steam Labs was born out us thinking that we encourage game developers to do Early Access for their games; what if we did something similar for Steam itself? We start building features with developers and customers involved, give them the chance to get feedback, give us feedback early on that can actually help the project and help us figure out where this actually fits in Steam, where does it fit in the store, what's interesting about this?

Most of the first wave of Steam Labs experiments are largely focused on discoverability. Is this perhaps an admission from Valve that, due to the sheer number of titles launching on the platform in a post-Steam Direct world, it's harder and harder for projects to be noticed on the storefront?

There are different ways to look at it; one is that there are just as many games being surfaced and shown to customers, it's just that there are even more games being made. There's always a challenge between how do we use the data that we have to show customers things we're confident they're going to be interested in and how do we have developers help us gather that data and be able to put forward their best foot and make sure we're surfacing their game. Things like what we are doing with Steam Labs is the next step. In the past, we've taken this approach to store design that's just lists of games. They're presented by their game artwork. If you're familiar with the game artwork, then that might be enough to draw you in and get your attention, but we're finding more and more that if you are not familiar with those games, there's so much pressure on the developer to create just the perfect bit of key art that's going to convey everything about your game in one piece of art. I don't think that's reasonable for being successful.

You can see with our current store, the front page where we actually show screenshots at the top of the homepage along with the game, trying to convey more about what this game is, why is it interesting, did you even click on it? Things like micro trailers are about trying to encapsulate more of the essence of the game and figuring how much we need to show players for them to tell if they're even interested in clicking more. As we are working on this and thinking about it, there are so much interesting aspects to just learning about games. There's so many interesting games being made that you may be interested in exploring a bunch of games; you may not be interested in actually buying most of them, but it could be really entertaining just to look at that variety of games and see what's out there and what interesting things developers are trying.

Steam Labs launched not that long ago, and Valve is shortly releasing an update to the Library as well as introducing a new Events system. That's a lot of pretty huge changes coming to the platform - why now?

Steam Labs is more of a recent development but things like the Library and the Events system have been cooking for a long time. We've redesigned the Library. It's the third time we've redesigned it internally because we get a bunch of the way through the process and realise it's not meeting the goals that we had set out and it's not going to be the right scope of what we have in mind. There's been a lot of work happening over the years and a lot of it hasn't been very visible. The Event stuff, even looking back a few years ago, it was a clear that a lot of the ways that people are playing games and the way that developers are making games has changed quite a bit.

Is that the shift from 'traditional' games to the more service-based, longer-tail projects?

Absolutely, yeah. Over time, games have evolved to be built around being updated constantly and keep providing new value and interesting stuff for their players to do. Steam - mostly the store - was still built around selling a game then later putting the game on discount. That's it. There haven't been as many opportunities for re-engaging new players when you have cool stuff happening in your game. The Event system is about filling that need and better serving those games-as-a-service and free-to-play games that are operating in that way.

What are Valve's objectives with the new Library?

A really big part of it is connecting the Events with players. You can talk about doing a visual update, and that's fine. The store should look a bit more modern, clean and whatnot, but really it's about how we help players find all the value that's already in their library. People own hundreds of games in some cases and they might have played those titles a year ago or two years ago and forgotten about them while the developer keeps updating it. They don't go to the developer's website or the store page to learn about those new things. The new Library is really about how we surface this stuff to players where they are - in the Library - so they can see that a game they played two years ago has this major update and it's really cool. That's the cornerstone of the new library update. A bunch of it is that the community creates a bunch of interesting content, sharing screenshots and so on. Even looking more specifically at the micro-community of your friends in that game, how do you have a conversation about a game with your friends about a game. There's a new portion of the Activity Feed that's all about you and your friends having a conversation about that game, sharing ideas, asking questions, things like that.

What's the ambition for the next year with Steam?

We're going to ship the new Library and Events system and then we're going to work on whatever else we hear from developers and players that they want to see happen on Steam. We have our own internal list that's miles long of neat and valuable stuff. How we make decisions is in response to what developers are asking us for and what players are telling us they're interested in. That helps us figure out how to prioritise that list. I can't guess at what we're going to be doing a year and a half from now. We have things on our list but priorities change.

Valve releases experimental feature Play Next on the Steam library