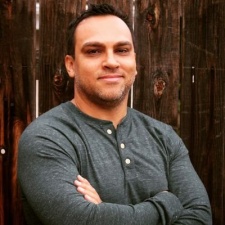 That's according to PlayStation, Naughty Dog and Daybreak Game Company vet Quentin Cobb (pictured), who revealed on Twitter that he was joining this new venture as a senior game designer as one of its founded members.

The studio is apparently working on a new unannounced triple-A IP. Oh, and it's hiring, too, obviously.

"I want to thank everyone at ZeniMax for the incredibly warm welcome as I’m thrilled to join this team," Cobb wrote.

"This is easily the most excited I've ever been to work on a project since I joined the industry back in 2009."

This comes in the wake of Microsoft announcing in September that it was buying ZeniMax Media for a cool $7.5bn.

At Gamescom 2019, we caught up with ZeniMax Online Studios' president Matt Firor to discuss the on-going work the company is doing on The Elder Scrolls Online, as well as what advice he had for the Fallout 76 team.