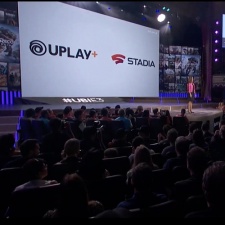 Ubisoft has revealed a new PC game subscription service that will cost $14.99 a month to access a library of more than 100 titles.

Called UPlay+, subscribers will get access to a large catalogue of triple-A titles, which will also include new and upcoming releases, premium editions, DLC and other post-launch content. Users will also be included in game betas and early access programs.

Franchises are set to include Prince of Persia, Splitnet Cell and Beyond Good & Evil. New titles such as Ghost Recon Breakpoint, Watch Dogs: Legion and others will also be available.

The subscription service will launch on September 3rd. Those who subscribe between now and August 15th will get free access to the catalogue from September 3rd to September 30th.

Not just coming to PC, UPlay+ is also set to launch on Google Stadia in 2020. That means Ubisoft's catalogue of games will be playable across devices, from desktop and laptops to smartphones and tablets.

It should be noted though that Stadia will initially only be available on Pixel phones when it launches in November, though the service will launch on other mobile devices at a later date.