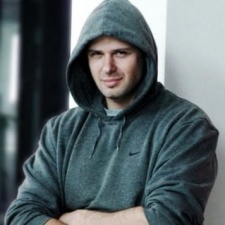 The Ukranian developer behind Warface, Crytek Kiev, is becoming independent.

Announced via Crytek's press site, this new studio, dubbed Blackwood Games, is to be headed up by creative director Michael Khaimzon (pictured) and will be continuing development on Warface.

This free-to-play online shooter was originally designed for the Chinese market but was announced for the West in 2011 - a year ahead of its launch in this part of the world. Crytek says that it has attracted 65m people around the world to date.

“It was a tough decision to leave Crytek after all these years, but sometimes you need to change to continue to evolve. For us, it is very important to focus on developing Warface in a way that lives up to player expectations,” Khaimzon said.

“We have kept the development team intact and their expertise will allow us to move forward with our plans and ideas. And we’re very thankful to Crytek for all the great years together and for their commendable support on this matter”.

Crytek CEO Avni Yerli - who replaced his brother Cevat Yerli as the top exec - added: “The Warface development team has always inspired us. To go independent so as to enable a closer partnership with the game’s publisher is a strategic move, and as we all agree, it is in the game’s best interests. At the same time, this reorganization will allow us to focus on our own core IPs and long-term plans."

The Kiev studio going independent leaves Crytek with just two offices; Frankfurt and Istanbul. The former is its headquarters and handles development of both CryEngine and Early Access horror title Hunt Showdown. Meanwhile, its Turkey branch is in charge of Crytek's publishing business.

Crytek Kiev is the seventh branch of the middleware and game developer to part ways with the mothership in the last five years.

Crytek Austin was closed in 2014, with Crytek UK - formerly Free Radical Games - being sold to Koch Media the same year and rebranded as Deep Silver Dambusters.

Meanwhile the company's Budapest, Seoul and Shanghai branches were all shut in 2016. The following year, its Bulgaria-based Crytek Black Sea was sold to Sega.

All of which is to say that Crytek is a far, um, 'leaner' business than it was just half a decade ago.

Don't worry, though. The German-based middleware and games developer has hopped on the, erm,  cryptocurrency bandwagon with CryCash.