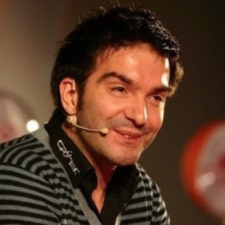 There are some big changes at the top of game maker Crytek.

The firm has revealed that Cevat Yerli is stepping down from the CEO position, but will continue to serve as a strategic shareholder.

The top job will be shared by his brothers, Avni Yerli and Faruk Yerli.

The brothers Yerli founded Crytek back in 1999

“With the company in a strong position, now is the ideal time to recognize the existing leadership’s excellent achievements over these past two years and formally transition executive leadership to Avni and Faruk," Cevat Yerli said.

"I have been honoured to serve as CEO of the company I founded with my brothers almost 20 years ago and have seen the team accomplish breakthrough things in that time. I look forward to continue helping Crytek as a major shareholder, and I am very excited to see what tomorrow brings. I have every confidence that the company will continue to shine under the guidance of Avni, Faruk, and the rest of the leadership team.”

It remains to see how Crytek will fare moving forward. At the end of 2016, the firm faced legal action due to its inability to pay developers, and went on to sell a number of studios.

In 2017, the company got involved in the volatile cryptocurrency market with CryCash, and went on to sue Star Citizen developers Cloud Imperium Games and Roberts Space Institute.