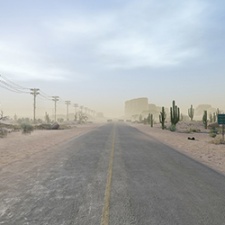 Another game is dipping it toes into the burgeoning battle royale genre.

In the announcement on its website, Crytek said it is bringing the fight-to-the-death mode to its free-to-play shooter Warface.

The post details what the mode will entail, but if you’ve been paying attention to Playerunknown’s Battlegrounds, then you’ll know what to expect: fast, high-stakes gameplay, players restricted to ‘zones’ and so on.

The mode is going to be available when the game next updates, which going on this blog post will be at some point before the end of 2017.

Though Playerunknown’s Battlegrounds is arguably the game that popularised the now hugely popular battle royale genre, it is far from alone in this space now. The action title, which has sold over 20m copies, has been joined by the likes of Fortnite and Grand Theft Auto Online in this space.

“Soldier, this is by far the toughest challenge of the year — the new game mode will require you to be always on the ready, it’s Battle Royale,” the studio wrote.

“The game mode will be available in the next update, only for a limited time.

“Warface has a broad variety of game modes available — some are more conservative and classic, suited to the 5-on-5 scenarios, whilst some others are more dynamic and perhaps even, arcade. With Battle Royale, we wanted to create something on the thin verge between the two, and here you have it: quick-paced combat with an element of the unknown — you never know which gun you’re going to get, with action taking place on the largest PvP map ever seen in the game.”