Why CryCash has launched a cryptocurrency for gamers 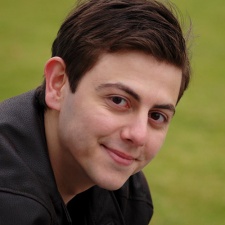 Earlier in the month, troubled game and tech maker Crytek announced it had partnered up with a cryptocurrency called CryCash. Billed as a cryptocurrency for gamers, this is, in fact, an entire ecosystem that includes a messaging app called Plink, an ad platform, esports.. the list goes on.

We caught up with CEO Wachtang Budagaschwili to find out more about this new venture.

What’s the thinking behind CryCash?
The idea is to create an ecosystem that further connects and benefits the gaming industry parties. For game developers, CryCash can be an efficient, result-oriented user acquisition channel that is transparent and practically fraud-free as opposed to traditional advertising. Gamers, on the other hand, can earn tokens to buy, trade, swap and sell in-game assets and take the game experience beyond a single title, developer or in-game account. Furthermore, the decentralised aspect of CryCash will allow players to create their own esports tournaments, events and prize pools which is nearly impossible for the vast majority of players in the world.

What is Crytek’s involvement in this? In the announcement, they’re partners but… the currency is called CryCash. Surely Crytek is involved as more than just a launch partner?
Crytek believed in our concept before in a super early stage, a stage when start-ups don’t even get pre-seed or seed funding. The company supported us from the very beginning and vouched to be our first live partner – something that most initial coin offerings (ICOs) fail to present during or even a long time after the sale. We regard CryCash as a combination of crypto cash, our initial term, as well as a tribute to Crytek as a massive brand that supported us since our pre-MVP phase.

Right now, this seems to function more as a virtual currency across Crytek games, much like in-app currency on mobile games. Why make this a cryptocurrency as opposed to regular in-game currency?
Crytek is the first game developer who supported Crycash and confirmed to integrate it into its products - Warface Turkey and CryEngine Marketplace for now. Our strategy is to expand the CryCash ecosystem and partner with other developers to bring the benefits of CryCash to as many industry players as possible.

CryCash holders will have access to exclusive content and features, so earning or holding it will provide additional benefits. Beyond that, traditional in-game currency is the exact reason why CryCash was developed – because it does not leave the very limited ecosystem and can barely (or often only illegally) be traded. For example, if you spend $1,000 on Hearthstone, and you get bored or switch to Gwent, your assets are gone with it. Even if you switch to another Battle.net title you still switch entire ecosystems. And since we are planning to launch our esports platform, several aspects of the blockchain and cryptocurrency, like decentralisation, will help us and the players take it to a whole new level that is impossible with classic IAPs.

Additionally, creating a separate token rather than utilising existing cryptocurrencies such as Bitcoin or Ethereum allows us to manage its liquidity, as well as its further tailoring for gamers specific needs and technology innovations. One distinctiveness behind CryCash is the BuyBack model designed to secure a seamless flow of the token within the ecosystem and its constant demand on the market.

Why do you feel that video games needs its own cryptocurrency?
It’s important to stress that the CryCash token is a utility that fuels a big ecosystem of products for gamers and developers which they can make great use of. This ecosystem solves many problems of the gaming industry such as inefficient marketing approaches, costly and slow payment methods and user acquisition tools. Especially in connection with our esports platform you can see how valuable the crypto approach becomes.

You have also launched a new messaging app for gamers in Plink. That particular market is already dominated by the likes of Discord. Why was launching Plink important for the CryCash?
In general, the presence of one specific, dominating app in a specific industry does not mean that it’s perfect and no competitors will ever come knocking. Why would Snapchat come when Facebook was around? Why Viber or Telegram when WhatsApp is out there? Why Tinder when you have Match.com? That being said, Plink has a different focus than Discord – it was built upon a dedicated neuro-network to connect people with players they don’t know who are a great fit for this specific game, session, dungeon, quest and so on. It can also be used as a messenger to text friends, have voice calls, see what games they’re playing and their achievements. Think of it as Tinder for gamers. Apart from being the dedicated CryCash wallet app, something that would have been hard to arrange with an existing app, Plink also works across consoles, PCs and mobile.

What’s the pitch for consumers to come use Plink, beyond the ability to earn CryCash?
To top off everything mentioned above, Plink is the only messenger that satisfies all needs for gamers.

Right now it’s just Crytek and that studio’s games on-board in this ecosystem. What is your pitch to other games companies to be involved?
The pitch is similar to our pitch to Crytek and the value proposition is very clear. We can increase our leverage after the ICO even more once we have traction, users and a market share. The KPIs that we can offer to game developers in terms of advertising ROI and efficiency, for example, speak for themselves. If they accept to pay $10 and above for a download without playtime or guarantee to increase the ARPU and be fraud-free, what do you think the chances are to try paying $5 that guarantees X minutes of interaction from a real person? As of today, we are unable to comment on our ongoing negotiations due to NDAs.

With Bitcoin rocketing up in value, there’s concern that cryptocurrency - especially Bitcoin - is a bubble. Is this a concern for you?
We try to protect ourselves and our ecosystem as much as possible by launching our own token rather than utilising traditional cryptocurrencies. This offers better stability as well as gives us the possibility to further tailor it for gamers’ specific needs and technology innovations. We acknowledge the general intricacies that arise with the cryptocurrency topic but we are unable to predict or control the way things are going. What we focus on is the value that these systems provide and we leverage them to transform and improve the industry. Bitcoin is a little concern for us because CryCash is an ERC-20 token and utilises smart contracts in various ways.

What’s the ambition for CryCash moving forwards?
Our strategy is to constantly expand the CryCash ecosystem with new partnerships to become a solid, viable and versatile ecosystem for both gamers and game developers that benefits all parties.

What's the roadmap from here?
Warface Turkey will launch in Q1 18, shortly after the ICO ends and CryCash hits the exchanges. We will monitor the soft launch, adjust the systems and roll out to other markets, marketplaces and eventually other developers. We are particularly excited about entering the esports arena in the near future (Q2-Q3 18) and shaping it together with our market-leading partners.