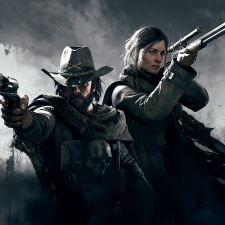 The studio has partnered with streaming platform Binge.com to turn the horror-themed shooter into a live-action TV show. You're forgiven for not having heard about Binge.com – the service isn't actually live yet and is set to be rolled out in 2022.

"We have always known that Hunt: Showdown would look great as a live-action series,” Crytek founder and joint CEO Avni Yerli said.

“The world is dark, gritty, and immersive, and there is so much potential for many great stories to be told. We can't wait to see what the team at Binge can create."

Binge producer Vincent Talenti added: “Hunt: Showdown is a heart-pumping survival game with incredible lore that’s ripe for a live-action series adaptation. We’re excited to drop viewers deep into the bayou and have them come face to face with monsters and hunters alike."

Hunt: Showdown was initially released in Early Access on Steam back in February 2018 before coming to Xbox Game Preview the following year. The 1.0 version of the shooter was rolled out in August 2019.