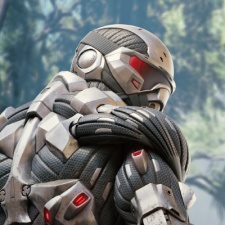 Crytek is set to release a remastered version of the first Crysis game this summer.

As announced on its website, the German developer has remastered the title for PC, PS4, Xbox One and Nintendo Switch.

The main focus of Crysis Remastered is the single-player campaign. It is expected to feature improved textures and art packs, an HD texture pack, new light settings, motion blur and more.

“We are excited to be working on the Crysis franchise again, and to bring all the Crysis fans a remaster worthy of their passion for the game,” said Crytek CEO Avni Yerli.

“It’s an exciting opportunity to be able to bring Crysis back to PCs and current consoles – even Nintendo Switch! – so that a whole new generation of players can experience the thrill of a battle in the Nanosuit.”

Crytek has had a tricky few years. In 2014, the company closed its Austin studio and sold Crytek UK – formerly Free Radical Games – to Koch Media. That outfit has been rebranded as Deep Silver Dambusters. Meanwhile, Crytek closed its offices in Budapest, Seoul and Shanghai in 2016, before Bulgaria-based Crytek Black Sea was sold to Sega the following year.

Earlier this year, Crytek moved to have its lawsuit against Cloud Imperium games temporarily dismissed. The Star Citizen developer has claimed Crytek's lawsuit is "meritless."

The German company first sued in 2017, it claimed CIG caused "substantial harm" after violating its agreement to use the CryEngine tech exclusively to develop Star Citizen. In January 2018, Cloud Imperium Games filed to have the case dismissed.

Oh, and the company also decided to hop on the cryptocurrency bandwagon in 2017 with CryCash.