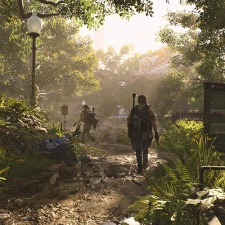 Forthcoming online shooter The Division 2 will be coming to this new platform with pre-orders already live for this new service-based game.

The Division 2 is going to be available on Epic's store as well as the Ubisoft Store, but it's looking like The Division 2 will not be coming to Steam. We've reached out to Ubisoft for clarification. If this is the case, then Ubisoft is following in the footsteps of Activision, CD Projekt and Bethesda is giving Steam a miss.

Ubisoft has consistently been one of the first triple-A publishers to develop for new hardware, such as Nintendo's Wii and Switch consoles, as well as enter new markets, including VR, so it's not all too surprising to see the French giant take the first step towards Epic's platform. Chinese games giant Tencent has a stake in both companies, but that's unlikely to be relevant for this deal.

Epic's new storefront was announced in December with the firm revealing its launch line-up at The Game Awards that month. This slate of content was largely focused on indie and mid-tier projects, lacking big names that would prove a draw for the platform. That being said, when you are already running one of the biggest games on the planet in Fortnite, this isn't as much of an issue.

“As long-time fans and partners of Ubisoft, we’re thrilled to bring a range of awesome Ubisoft games to the Epic Games store,” Epic boss and co-founder Tim Sweeney said.

“We aim to provide the most publisher-friendly store, providing direct access to customers and an 88 per cent revenue split, enabling game creators to further reinvest in building great games.”

Ubisoft VP of partnerships Chris Early added: “We entrust Epic to deliver a smooth journey for our fans, from pre-ordering the game and enjoying our Beta to the launch of Tom Clancy’s The Division 2 on March 15. Epic continues to disrupt the video game industry, and its third-party digital distribution model is the latest example, and something Ubisoft wants to support.”

Chris Early is speaking at PC Connects London 2019 headlining The PC Revolution track at the show.