The PC Revolution: We may be witnessing the start of Steam's demise 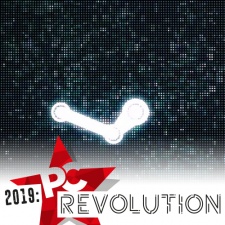 For the past 13 years, Steam has for all intents and purposes been the PC games market.

Rolled out in 2003, Valve's platform opened up to third-parties two years later with big firms such as Capcom coming on board in 2007.

While it launched a time when going to a brick and mortar store to buy a new release, Steam helped inform the digital future of this market and subsequently went on to dominate it.

Over time, Valve made it easier to have a smash hit via Steam. As written before, this largely appears to have been informed by the blockbuster success of Minecraft, the new title that came from nowhere, that no-one was betting on that went on to take over the world.

Greenlight, and its Steam Direct successor, as well as Early Access helped developers bring their games to a wider audience. With Greenlight, we saw Steam beginning its trend of falling back on the market to decide what the next big hits were going to be.

This came to fruition in 2018 with Valve announcing that it was opening up its platform to any and all games - unless they are 'illegal' or 'trolling', whatever that means. But ultimately, Valve has made its storefront a massively inhospitable place for developers.

In 2017, over 7,600 titles were launched on Steam. This year, that figure stands to be much higher than this.

The result of this is that it's harder to be seen on the platform. As Tomas Rawlings of Auroch Digital has told PCGamesInsider.biz in the past, the way that Steam's algorithm works means that success breeds success with titles that have an initial positive performance being featured and thus getting more exposure. The gap between the games that have success and those that do not is bigger than every, and the projects that just do 'okay' becoming fewer and further between.

This issue has been compounded with indie developers complaining that their traffic has dipped away since October.

This coupled with the success of Fortnite - a game that never launched on Steam - and new players entering the space means that it's very possible that we'll see a move away from Steam. Before developers launched on Valve's platform because it was the biggest and best place to get their games in front of an audience. Now it is so hard to get any form of attention that heading to something like Itch.io, Kongregate's new Kartridge storefront, comms app Discord selling games, or even the blockchain-powered Robot Cache, makes sense for a great many studios.

It's no coincidence that Activision launched Call of Duty on Battle.net for the first time in 2018, the same year when Bethesda opted to release Fallout 76 on its own platform, CD Projekt put out The Witcher card game Gwent on GOG.com and so on. With its new revenue terms, Steam seems to know it has to appear more attractive to these bigger companies, but these are the firms who can just go off and do it on its own. Meanwhile, indie developers are - for lack of a better term - being shafted which could make them think that going to another platform might be beneficial. Being a bigger fish in a smaller pond is always an attractive prospect.

We're not for a second saying that Steam is dead or anything like that. But this feels like the start of the platform's decline. In trying to make a platform that works for everyone, it might have alienated not only its biggest partners, who can afford to go alone, but also the indie studios that have provided Steam with a lot of cred over the years.

As part of our PC Revolution initiative, you can keep up to date with the trends, tech and news that is going to affect the PC games market in the coming years via PCGamesInsider.biz and our upcoming event, PC Connects London 2019, which is taking place on January 21st and 22nd.

The PC Revolution: Read about the emerging tech and trends that are defining the PC games market