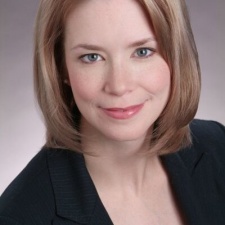 The International Game Developers Association has said that the recent bout of Government attention the industry has received due to loot boxes should be a "wake up call" for its biggest companies.

In a post on the organisation's website, IGDA executive director Jen MacLean (pictured) says that the industry needs to take action over the loot box business model, calling for education of consumers and transparency about the odds of receiving items - as is already the case in China.

In addition, the exec said that the industry should make a commitment to not market loot boxes to children.

Furthermore, the IGDA chief warned that if the games industry isn't prepared to take responsibility, then it runs the risk of being regulated by outside forces.

"Random loot drops are a well-established game mechanic, and a way to vary rewards and keep players interested and engaged," she said.

"But when a player makes a real-money purchase of an unknown item-a loot box-we run the risk of triggering gambling laws. Those regulations are not always clear, and many people have noted that loot boxes are simply digital versions of collectible card games, but we cannot ignore the fact that video games face increased scrutiny, concern, and regulation because of their immersive nature."

She continued: "By not taking significant action as an industry and global game developer community to self-regulate how loot boxes are used, we run the very real risk that governments around the world will take that action for us, and perhaps create significantly restrictive laws that could impact any random reward elements in games. I offer my strongest advice to game developers and interactive entertainment businesses on this matter: addressing how loot boxes are used is both the right thing, and the smart thing, for the global game development industry to do."

It's refreshing to see someone from the games industry actually talking some sense for a change. MacLean is absolutely correct - the last year should have been a wake-up call for the triple-A games market in its aggressive monetisation tactics. PCGamesInsider.biz has been saying for over a year now that much of the goodwill that the games industry has accumulated in the last decade is being slowly lost as we end up in the media spotlight more and more for the wrong reasons.

Ultimately, when governments have to step in - which feels somewhat inevitable at this point - it will be the biggest publishers who are to blame, and no doubt they will be crying foul over any new legislation.

It is interesting that it is the IGDA - a developer-centric organisation - that has come out with statement. It's a stark contrast to publisher-funded bodies like The Entertainment Software Association who are blindly insisting that loot boxes do not constitute gambling.

And we all know why that is.