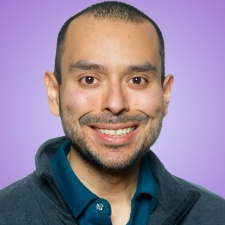 He has held this role in an interim capacity since January of this year, following the departure of his predecessor Renee Gittins. He first joined the IGDA as a manager for global development in September 2021.

“To work in games is to work in a global industry, no matter where you are. As the largest organization that supports individual game developers, we must ensure we’re building and sustaining a sturdy and inclusive bridge between our communities’ local region and the global industry at large,” said Vela.

“The power of a global network is limitless. In my time with the IGDA, I have seen how communities support one another through speaking engagements, sharing best practices, connecting one another to new opportunities that can help progress developers and their local games ecosystem. This is a relationship-based industry at its core, and when operating from a position of global solidarity and connectedness, game developers can reach new heights.”

Re-elected chair of the board, Natasha Skult, added: "Dr. Vela has the Board’s full confidence and support. We were very impressed with his work in his time as Manager and Interim Director, and we’re excited to see his leadership in the organization’s next chapter."

Vela's appointment comes in the wake of scandal at the IGDA, something that he has vowed to address with a total revamp of its ethics processes.