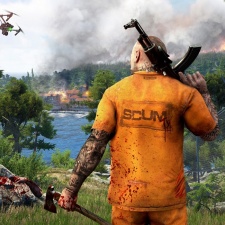 Recently released Early Access survival game Scum has sold over one million units since its launch at the end of August.

This comes via a post on the game's Steam page, in which developer Gamepires community manager Josip Barišić revealed that a golden gun would be launching in the super realistic survival game.

"We are happy to announce that with your support SCUM has surpassed 1 million copies sold. As a thank you, everyone will get a golden DEagle .50!

"Players can get your gun through your prison wallet, the first time nature calls. The DEagle 50 will be available for all users until September 25th."

The title was publisher Devolver Digital's biggest launch to date, hitting 250,000 sales in its first 24 hours. By the end of its first week on Steam, the game had shifted 700,000 copies.

Speaking to PCGamesInsider.biz, Barišić said the game's success was due to its balance between realism and fun.

SCUM's launch hasn't been without issue - the title was released featuring neo-Nazi tattoos which were removed with Devolver offering a cool-headed apology following Gamepires unitial hot-headed response to complaints.