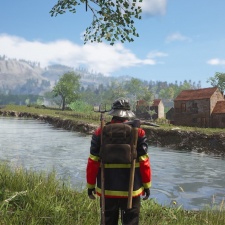 Gamepires’ SCUM continues to knock down milestones as it passes 700,000 active players.

It’s been an eventful first week on Steam for Devolver Digital’s biggest launch yet. In its first 24 hours, the survival sandbox sold 250k copies. In the remaining week, that number appears to have almost tripled. The developer revealed via Twitter (below) that the game now has 700,000 players.

But it’s not all been smooth sailing. SCUM hit controversy soon after launch on discovering the game sported Neo-Nazi tattoos, which was passionately defended by a Croteam developer. Publisher Devolver has since issued an apology, and Gamepires removed the offending content from the game.

SCUM's rollercoaster ride doesn't end there, either. Fans might be frustrated to hear that the latest patch has wiped all characters from online servers in order to address an issue with singleplayer saves. Offline characters remain unaffected, but online progress has been effectively reset.

Patch notes for the latest update read: “To enable single-player save, we needed to change save files format. This means that all characters on all servers have been wiped. Sorry for the inconvenience, we'll try to make wipes as less frequent as possible.

“Please don't forget that game is still under heavy development so things like this can happen."

So it’s been a rocky first week for SCUM, but Gamepires doesn’t appear phased. Speaking to us this week, community manager Josip Barišić said the team is “ecstatic” over the game’s performance at launch.

SCUM has been in Early Access for one week and we can't thank the community enough for your support!

Our team is working hard on new updates, features, and content for our now 700,000 players! More news soon, prisoners. pic.twitter.com/7af7Z3lFkl