Cult of the Lamb hits one million players 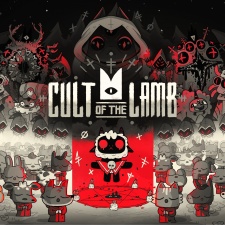 New indie title Cult of the Lamb has hit one million sales within its first week.

The milestone was revealed by publisher Devolver Digital in a press release in which the firm asked players for feedback on what could be improved with the game. Cult of the Lamb launched on August 11th on Steam, PlayStation, Xbox and Nintendo Switch. There's no indication as to how sales break down across different platforms.

"The Lamb has blessed one million players in our first week," developer Massive Monsters wrote in a post on Twitter.

"We are eternally grateful for your devotion and our team is committed to improving the game with tweaks, fixes and free major content updates.

"This is only the beginning as there's so much room for this Cult to grow!"

Devolver added: Congrats to Massive Monsters and our dark lord The One Who Waits on selling one million copies of Cult of the Lamb the first week!

Thanks to the community for the support and understanding as patches are lined up to update the game."