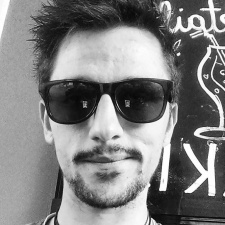 The slow-burn long form of survival games is in decline - with DayZ quickly pushed aside by games like Playerunknown’s Battlegrounds, it’d be easy to think the demand for more patient survival experiences like Gamepires’ SCUM just wasn’t there anymore.

But the Croatian team proved there’s still a lucrative audience for the genre. SCUM rapidly became publisher Devolver Digital’s fastest-selling release yet, selling a quarter of a million copies within 24 hours.

How has the launch of SCUM been so far?

In one word, ecstatic. No one of us ever dreamed of such an outcome. That a small Croatian studio would have the biggest game launch in Croatian game dev history, just the thought of that drives you to improve the game as much as possible with continuous patches and updates, which we make on a daily basis. So yeah, the launch was awesome, and beyond everything we expected.

This brand of slow-burn survival seems to have been overtaken by battle royale in recent years. What part of SCUM seems to have brought players back?

We found a great balance in realism and fun in SCUM. Starting from our complex metabolism that counts every vitamin that you digest, to our real-time ballistic system. SCUM can be played by anyone, really; if you are a beginner you can jump in and slowly learn the ropes. As intimidating as the whole metabolism screen is, you don't need to pay attention to it if you don't want to.

You will be perfectly fine just by eating and drinking like a normal person and continue your story on the island. Also, if people are more oriented towards shooter games, we have events where our ballistic system is working wonders, from windage, material density, humidity, character constitution etc. - that's where first-person shooter fans can really show their skill.

So SCUM can be interesting to a wide audience, and everyone can find their piece of cake in the game, no matter if you are a long-term hardcore survival player, a battle royale player or new to the gaming scene.

What was the exact nature of Gamepires’ relationship with Croteam?

We are a separate studio - but Croteam helped us in lots of ways. We used that team's technology for scanning clothes and heads in the game, and we had few people helping on the animation. Mostly, as the huge amount of feedback and players started to come in Croteam helped with the community side by answering questions on Steam.

What value does Early Access provide for the game? With a history of games in this genre sitting there for years, at what point will SCUM be considered a “full release”?

We cannot say why other games were/are in early access for such a long time. In our eyes, Early Access is an awesome tool to make a game with your community and reward the Day One supporters with a lower game price.

SCUM is planned to be in Early Access for at least a year - we have a vision in our head how we want for the end product to look. But we will also take into account the community's feedback. If players want us to continue to work on the game and add new content, we don't see a problem with being in Early Access for a longer period.

Has the early success of SCUM affected long-term plans for the game?

We are even more determined to make the best survival game out there, and with this much support and love we get from our community, the sky is our limit.

What lessons have the team learned from developing SCUM? And what does the future hold for the game?

What we learned is that the future is unpredictable, haha. Most of us newcomers learned that game development is a rollercoaster ride - one moment, everything is working fine, then five things break down, you fix three and another seven break down! But it's all a great learning experience, and what the whole studio learned is that hard work and transparency pays off in the end.

We do not know what the future holds for SCUM but what we do know is that we will give our best to make SCUM the best survival game and our players happy.

Editor's note: Our questions to Gamepires did touch upon the controversial inclusion of Neo-Nazi iconography in the form of tattoos within the game, which have since been removed.

The company declined to answer these and referred us to the statement released by publisher Devolver Digital.

Endnight’s survival game The Forest climbs to over 5.3 million copies