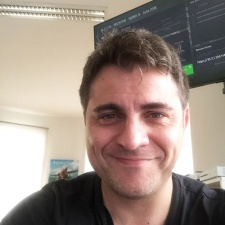 European publishing giant THQ Nordic has announced that a new Jagged Alliance title is on the way.

Jagged Alliance: Rage - based on the license that the firm bought back in 2015 - is set to launch in autumn 2018, and is being developed by Shadowrun Chronicles: Boston Lockdown studio Cliffhanger Productions.

"Developing a title takes time and about two years is a normal cycle to develop a good game," producer Michael Paeck told PCGamesInsider.biz.

"We already knew the people from Cliffhanger Productions as we helped them get to the market with Shadowrun; we also worked with the studio head on another project. We realised that they worked on the franchise a while ago when BitComposer and Gamigo partnered up to do an online version of Jagged Alliance, so when we talked to them we realised that they were already very familiar with the fan base and knew what Jagged Alliance is all about.

"For example, they understood that one of the core elements that had been neglected by previous Jagged Alliance developers was the story and the resulting connections and effects of the mercenaries."

He continued: "We very well aware of the history and heritage of Jagged Alliance – it is still a defining game more than 15 years after its original release. At the core of our business is the mission to acquire interesting and unique IPs and so Jagged Alliance was always on the radar.

"Plus we had people our teams who worked on previous Jagged Alliance games and were big fans. We didn’t acquire BitComposer as a whole but rather selective IPs such as the Jagged Alliance franchise."

THQ Nordic is on its way to being one of the largest publishers in Europe. The firm - formerly Nordic Games - snapped up a wealth of IP from the THQ fire sale back in 2013, before coming back for the name later on. In 2016 the firm rebranded as THQ Nordic.

The firm has been constantly snapping up new IP and studios, too. In November 2017, it bought Biomutant developer Experiment 101, before splashing $196m on Deep Silver parent company Koch Media.

In that last deal, THQ Nordic not only acquired a wealth of studios and IP - some of which were formerly owned by THQ - it also now has access to Koch Media's impressive distribution network.

Reply
Bill Thern CEO at The One LLC
For the little history, Bandai Namco was in negotiations in 2013-14 to license the JA brand and bring it on mobile.
Posted 3 years, 3 months ago

Reply
Alex Calvin Editor at PCGamesInsider.biz
Did not know that - thanks for the info!
Posted 3 years, 3 months ago