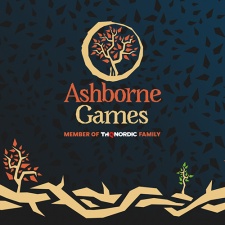 On the company's website, studio manager Petr Kolář said that this new venture was set up in October in the city of Brno in the Czech Republic and currently employs 38 people.

Ashborne is currently preparing to start work on a brand new IP that will apparently involve historical strategy and RPG gameplay, but the firm is also helping out Nukklear on its Early Access title Comanche, which debuted on Steam in March 2020.

"While we have experience with various game genres and free-to-play titles on consoles and mobile, our current focus is to deliver full-length games based on the premium business model," Kolář wrote.

"The team has already started laying the groundwork for a brand new IP. Since the concept is still in development, we can only give you guys a hint – it's going to be a historical Strategy with RPG elements."

This is just the latest studio to come under the umbrella of THQ Nordic parent company Embracer. In February, the company announced the latest - and largest - in its on-going series of development acquisitions; Embracer revealed it was buying Borderlands maker Gearbox in a deal worth $1.3 billion

THQ Nordic has opened a new studio in Slovakia