CHARTS: THQ Nordic's Biomutant debuts at No.1 on Steam 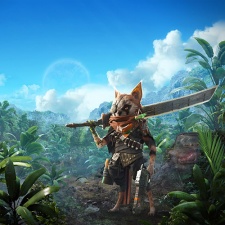 Eagerly-anticipated action RPG Biomutant is now out in the wild and was at the top of the charts on Steam in its first week.

Pre-orders for the title were the best-selling item of the week, while regular sales of Experiment 101's game took second place. Biomutant launched on May 25th for PC, PS4 and Xbox One, though was released in a sea of controversy due to publisher THQ Nordic throwing shade at reviewers on Twitter.

Rare's Sea of Thieves came in third place, while Mass Effect Legendary Edition drops from second to fourth week-on-week. Previously-PlayStation 4-exclusive Days Gone charted at No.5 having been the best-selling item on Steam last week. It comes in ahead of Valve's own Index VR headset, while Grand Theft Auto V returns to the Top Ten in seventh place, likely due to excitement surrounding the game coming to PS5 and Xbox Series X/S.

Studio Wildcard's Ark: Survival Evolved makes a return to the Steam Top Ten in No.8 thanks to an 80 per cent price cut. The Game of the Year Edition of 2015's The Witcher 3: Wild Hunt came in ninth place, ahead of Rust from Facepunch.

Here is the Steam Top Ten for the week ending May 29th: