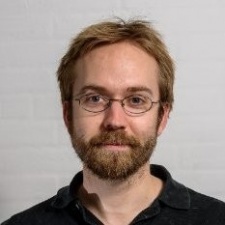 The venture will be focused on roleplaying games and is headed up by creative director Jonas Waever (pictured). He has worked in the industry on and off since 2002 when he landed a lead designer role at Off Topic Productions on The Nameless Mod for Deus Ex. Since then he has held positions at DADIU, Playdead and Logic Artists, where he worked for almost 11 years.

"We've put together a frankly amazing core team and we're psyched to be supported by our friends at THQ Nordic, not to mention humbled by how much faith they've put in us. We will be making high-quality roleplaying games for PC and consoles, and it's gonna rock."

PortaPlay alum Caroline Fangel has come on board as art director, while former research assistant at the Technical University of Denmark Nynne Kajs has joined as a game programmer.

THQ Nordic has opened a new studio in Slovakia