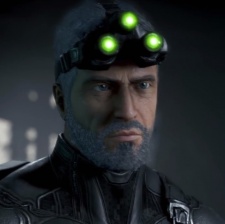 Ubisoft has expressed its interest in bringing back Splinter Cell in spite of its absence at this year's E3 conference.

The Splinter Cell franchise hasn’t seen an entry since 2013’s Blacklist, with fans bemoaning a gradual shift away from the franchise’s roots in the most recent games. Hopes were raised after protagonist Sam Fisher made a cameo in Ghost Recon: Wildlands, complete with original voice actor Michael Ironside.

During a post-show interview with Geoff Keighley, Ubisoft CEO Yves Guillemot was questioned on the future of Sam Fisher’s stealth adventures. Guillemot said: “We love the brand. We really want it to come back but I can’t say much today.”

Recent Tom Clancy titles like Wildlands and The Division play fairly similarly to Splinter Cell’s latest, and the publisher may be looking for a fresh take on the older style of play. With the snowballing success of Rainbow Six Siege, alongside it's growing competitive scene, we could even see a more esports-focussed return of spies vs mercs.

Splinter Cell first emerged from hiding on the Xbox back in 2002, a competitor to Playstation's Metal Gear series of stealth 'em ups. The franchise was famous for its focus on lighting and shadows in gameplay. Notoriously difficult, later titles like Conviction and Blacklist aimed to streamline the franchise at the arguable expense of watering down the series' identity.

Yves' comment is from the below interview, scrub to 2:20 for Splinter Cell.