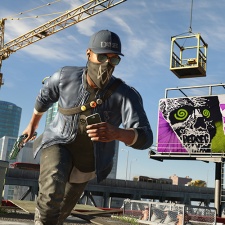 It would seem that Ubisoft has some upcoming plans for both the Watch Dogs and Rayman IPs.

As spotted by YouTuber SkullziTV - and reported by ComicBook.com - the French publishing giant filed for new trademarks in America for the Watch Dogs IP on November 29th, 2018.

In addition, Ubisoft filed for a new trademark for the Rayman IP on the same day, as well as Cake Mania the day before.
This application has led to speculation that Watch Dogs 3 is nearing release, with SkullziTV believing that the game will be released on Microsoft and Sony's next round of hardware. Other than the timing of this filing and the fact we know the Xbox and PlayStation firms are preparing to launch their new machines, there's no evidence for this.

Per Purewal and Partners associate Peter Lewin via Twitter (below), this is likely just the French publishing giant expanding what it can do with the Watch Dogs name. The filing makes reference to "entertainment services" such as TV, live stage show performances, amusement parks as well as video games.

This filing is more likely to be hinting at a Watch Dogs TV show or film than the franchise appearing on the next round of hardware.

It's totally normal for a company to submit new applications to cover extra classes of goods / services their old marks don't cover.https://t.co/8WPmBPBQj5

However, in stranger news, on April 4th, 2018, Ubisoft filed a trademark for Splinter Cell with the European Union Intellectual Property Office. So far, so normal, right?

Checking out precisely what goods and services this filing pertains to (below), it's largely food, drink and the means for people to obtain food and drink.

At a wild guess, this might be related to the Splinter Cell film that was in the works with Tom Hardy at the helm, i.e. the brand name being able to be used on food and drink as a part of promotion for that movie, but that is pure speculation on our part.