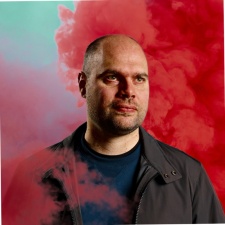 The director of the upcoming Splinter Cell remake, David Grivel, is leaving Ubisoft.

In a post on LinkedIn – spotted by VGC – the developer said that now was the time for a new challenge. There's no word on where his next role is going to be as of yet.

Grivel's career in game development started back in 2006 as a game design intern at Kylotonn Games. From there, he moved to Dirty Team for a year, before being hired by Widescreen Games to work on its Highlander project.

At the end of 2007, Grivel was snapped up by Crytek as a junior game designer, before becoming a game designer on Crysis 2 in 2010. In 2011, he joined Ubisoft's Paris team as a designer for Ghost Recon Future Soldier, ahead of moving to the company's Toronto outpost in 2012. Since he has contributed to Splinter Cell: Blacklist, Assassin's Creed Unity, Far Cry Primal and 6, before coming on board with the new Splinter Cell game.

"11 years is a long time and summing it up in one post is quasi-impossible but I must say, I’ve been lucky. Lucky to work with so many great people over the years. Made so many friends," Grivel wrote.

"And so, I want to give a heartfelt thank you to everyone I worked with at Ubisoft and say 'au revoir'. This is not 'adieu' for ours is a small industry so I’m looking forward to our paths crossing again in the future."