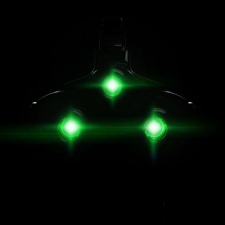 In a blog post on its site, the company said that its Toronto studio would be leading work on the project, which is being built on the Snowdrop engine.

"The original Splinter Cell has a lot that was amazing and revolutionary at the time it came out, 19 years ago," producer Matt West said.

"The gaming public now has an even more refined palate. So, I think it kind of has to be a remake as opposed to a remaster. Although we're still in the very earliest stages of development, what we're trying to do is make sure the spirit of the early games remains intact, in all of the ways that gave early Splinter Cell its identity. So, as we're building it from the ground up, we're going to update it visually, as well as some of the design elements to match player comfort and expectations, and we are going to keep it linear like the original games, not make it open world. How do we make sure that new fans are able to pick up the controller and dive right in, and fall in love with the game and the world right from the get-go?"

Word that the Splinter Cell franchise was making a return has been doing the rounds for some time now. Back in 2018, Ubisoft said that it was keen on bringing back the stealth series. There have also been rumours that the IP was coming to Netflix in the form of an anime TV show.

The last entry in the Splinter Cell franchise was 2013's Blacklist.

Disclaimer: Alex Calvin is a freelancer who has worked with a variety of clients, including Ubisoft.

Ubisoft’s Serge Hascoet: “You know what is missing in this industry? A soul.”