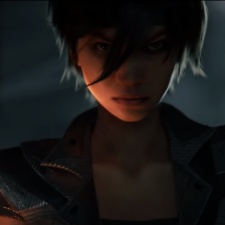 HitREcord founder Joseph Gordon-Levitt has defended his company’s decision to crowdsource assets for Beyond Good and Evil 2 in a Medium post.

Ubisoft’s E3 conference opened up with a lengthy segment on the long-awaited sequel, where the publisher announced it was working with the actor-entrepreneur’s firm to source art and audio from the public. The collaboration immediately hit backlash from a wider audience of creatives, accusing both HitREcord and Ubisoft of engaging in “spec work”.

Speculative work is an ethically-grey practice used commonly among freelance creative communities - a company takes submissions of work, paying only the final piece. Often framed as a contest (design our new logo, get your art in a game), critics accuse the practice of soliciting unpaid labour, with no guarantee of payment or rights ownership.

Gordon-Levitt distanced HitREcord from the practice in an attempt to defend its operation. He claims the main differentiator is in collaboration. Rather than choosing a handful of final pieces, HitREcord encourages smaller contributions that build off each other with every contributor rewarded accordingly. Artists retain the rights to work they submit, but final game assets are likely to be touched by dozens of hands before making it to Ubisoft.

“I understand the comparison. But I do think we’re substantially different,” said Gordon-Levitt on Medium. “Ubisoft isn’t doing this to cut costs; they’re doing it to include fans. We don’t pit artists against each other in contests with one winner; everyone is allowed and encouraged to build off of one another. We don’t plagiarize unused submissions; anybody whose work is included or even influences the final product gets credit and compensation. We’re not a marketplace for freelance gigs; we’re a collaborative community.”

This still leaves many questions open, however. We don’t currently know who makes the decision of what goes into the game, or how “valuable” individual contributions will be judged to be. While encouraging smaller contributions, the payout seems to only make sense for artists creating more polished submissions - stand-out contributors will take advantage of more formal payment systems.

“Some people make hundreds, some people make thousands, a few people have made tens of thousands. Often a finished product will include a large number of tiny contributions, and those contributors can receive tiny paychecks."

Ubisoft’s motivation for the collaboration seems clear. Fans have been clamouring for a sequel to cult-classic Beyond Good And Evil for over a decade, and giving them a chance to pitch in on a sequel seems like a great way to give back. But with the industry often exploiting even paid professionals over “passion” for games, creatives are rightfully wary of projects further devaluing their work.