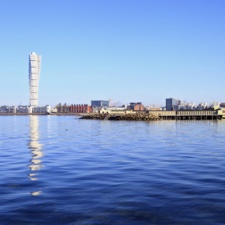 It would seem that Swedish game makers Avalanche Studios have been a very busy bunch indeed.

A new entry in the developer's Just Cause franchise appears to be on the way, after a Steam ad for Just Cause 4 was shown on Steam. Kotaku reports that the promotion was a call-to-action to pre-order the game.

This follows the title being outed, alongside a load of other titles, via Walmart Canada. Another project revealed by that leak Rage 2, another game that Avalanche is also developing alongside id Software.

Expect more information about Just Cause 4 at Square Enix's press event next week.

As if that wasn't enough work for the Swedish studio, Avalanche also announced a brand new IP called Generation Zero. This is a retro-futuristic team shooter that has humans fighting animal-like robots.

This is the first time that Avalanche is giving self-publishing a go - historically the developer has teamed up with the likes of Square Enix to release its games.

All of the above follows Avalanche Studios expanding, opening a third office in Sweden's Malmo. The company was also bought at the end of May by Nordisk Film, marking the single biggest acqusition by that entertainment behemoth's history.

Here's the trailer for Generation Zero: