"This is why we can’t have nice things": Bethesda responds to WalMart Canada’s Rage 2 leak 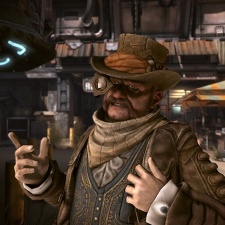 Bethesda has reacted to a potential leak of Rage 2 across multiple Twitter accounts.

This week WalMart Canada mistakenly listed a number of unannounced titles on its online storefront.

While a few known games were visible, the page notably included unannounced games like Just Cause 4, a new Splinter Cell and a sequel to Bethesda’s 2011 shooter Rage - all potential reveals for the upcoming E3.

The store page was quickly amended but not before Twitter user Wario64 captured a screenshot of the titles. The official Twitter account for Rage - dormant since mid-2015 - responded with a photoshop “correction” of the Rage 2 listing.

Soon after, Bethesda marketing VP Pete Hines pitched in. Quote-tweeting the Rage account, he added: “This is why we can’t have nice things”.

Released to middling reviews, Rage infamously led to company co-founder John Carmack apologising for the game at QuakeCon a year later. Pete Hines had previously hinted that Rage may be in line for a sequel two years ago, but no new info has appeared since.

In the same conversation, Hines also suggested a sequel to survival horror title The Evil Within. That game ended up receiving a follow-up in 2017’s The Evil Within 2, adding credence to the possibility of a Rage sequel.

Previously announced “leaks” on the list lend some legitimacy to the leak. The Division 2 was announced back in March, while Borderlands 3 was described by PCGamer as the industry’s “worst kept secret”.

It’s impossible however to tell if these entries were added to improve the believability of a fake leak.