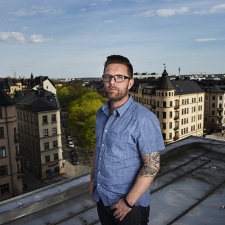 To say that the last few months have been a busy time for Avalanche Studios is certainly underselling it.

Not only has the studio been working hard on three triple-A projects - Rage 2, Just Cause 4 as well as its own Generation Zero - it's found time to open up a third office, this time in Sweden's Malmo.

If that wasn't enough, the company has just been bought by Nordisk in a deal worth $104.6m - the single largest acquisition the entertainment company in its 100-plus year history.

Understandably, CEO Pim Holfve is rather happy with how the last year has been.

"It’s been our most successful year by any metric; creatively, critically, financially," he tells PCGamesInsider.biz.

"Our self-publishing business has really taken off, we’ve announced three major new games, opened a third studio in Malmö and the company has been acquired. What a year it’s been."

The purchase by Nordisk is hands down the biggest bit of news from Avalanche, with Holfve saying that the entertainment giant will let the team focus on making high-quality games. In other words, nothing is really going to change.

"Nordisk Film is a long-term owner, which means that they are not looking to change our roadmap in any way. They believe in what we’re doing, and that’s what they have bought into. What does change, is that Avalanche Studios’ founders - Christofer Sundberg and Linus Blomberg - are able to focus even more on what they love, which is the creative and technical aspects of game development. As the CEO, I could not be happier with our new owners, and look forward to continuing this journey with them on board."

Additionally, the support of a large company means that Avalanche can now focus more on publishing its own titles. Holfve says this has been a dream for the company for some time now.

"We have a long-term plan to create and publish more of our own games," he explains.

"This is where last year’s Nordisk Film investment went, and this has been part of our roadmap for years before that. The reason we want to move in this direction is to increase our creative and financial independence - in other words, to be less reliant on other companies. Generation Zero was a project that matched up well with our available resources at the time we kicked it off. We didn't have to staff up for it, but it was rather a matter of seasoned developers coming off other projects as scheduled, and becoming available to join the new one.

"It’s worth adding that our current focus on self-publishing doesn’t mean we’ll stop working on publisher-funded projects. We still love those, and we’re now in a fortunate position where we can alternate between big-ass triple-A projects and smaller, internal ones. It’s really the best of both worlds."

The next title being self-published by Avalanche is the recently-announced Generation Zero. That game started out as a conversation between two of the leads at the Swedish studio.

"While hunting in one of the reserves in another of our self-published games, theHunter: Call of the Wild, he was reminded of his childhood and playing war with his brother in the forests of Sweden. Emil started texting Generation Zero’s executive producer Tobias Andersson, and from there grew the idea of creating a game based around that premise. If you wanted a lift pitch today, it would probably read “An open-world action game set in 1980’s Sweden, where hostile machines have invaded the serene countryside.”

Additionally, the studio has been working on Rage 2 for Bethesda alongside the original game developer's Id Software. Asked how Avalanche came to work on the project, Holfve says that it's a combination of communication with publishers as well as its pedigree in creating open-world games.

"The stars aligned, as they say," Holfve says.

"Being an independent developer, we have an ongoing dialogue with many publishers, including Bethesda. At one point, we found ourselves with the resources to take on a project of this size, and they had plans to create an open-world action game. So we started talking, and came to work on Rage 2 alongside id Software."

He continues: "It’s been a great, and very educational [experience]. After 15 years in business, we know open-world action really well - which is why Bethesda wanted to work with us. On the other hand, we only had a few first-person games in our catalogue, both belonging to the very slow-paced theHunter franchise. So for us, collaborating with id Software - inventors of the modern shooter genre - has been incredibly rewarding and we have learned a lot from them about fast-paced, push-forward first-person shooter gameplay."

In order to handle the growing workload, Avalanche has been scaling its staff - a process that's still very much underway.

"We have grown by some 50 employees in the past year, but most of this we have been able to achieve thanks to careful planning and effective use of existing resources," Holfve explains.

"Keep in mind that some of these games have been in development for years. We also continuously help our leaders to grow and cope with working on several projects."

You'd think that after such a busy few years, Avalanche might be slowing down in the near future. But Holfve says that the games firm has some big plans set for the coming year.

"We’ll keep developing amazing open-world games! There will be a mix of big, publisher-backed triple-A games and more limited scope titles released under our own Avalanche Studios publishing label," he says.

"In the next 12 months specifically, we are going to finalise and launch Just Cause 4, as well as continuing work on Rage 2 and Generation Zero - their release dates have not yet been revealed. We’ll also move ahead with our next self-published game, and get the Malmö studio up and running. Exciting years ahead."