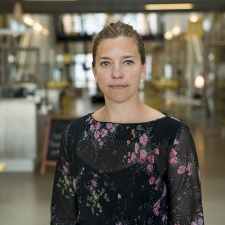 The developer behind the Just Cause franchise and Mad Max Avalanche Studios has opened a third office, this time in Sweden's Malmö.

The studio will be headed up by Pan Vision and Sony Ericsson Mobile vet Sara Ponnert (pictured), who takes on the role of studio manager. This is the third location for Avalanche having been founded in Stockholm in 2003 and expanding to a second New York location in 2011.

The Malmö branch will be focusing on development of current and future Avalanche Studios IP. The developer is in fine company; Ubisoft's Massive Entertainment, King.com and Tarsier Studios are all based in the Swedish city.

"It’s been hard to decide where to open our new studio," Avalanche CEO Pim Holfve said.

"Sweden offers many locations with potential, but we feel that Malmö ticks all the boxes. I’m convinced that the new studio will be beneficial for both Avalanche Studios and for the already impressive game development community in and around Malmö."

Ponnert added: "Getting back into the games industry feels like coming home. I’m honored to have been chosen for the role, and look forward to building Avalanche Studios’ presence in Malmö."

Best known for its Just Cause franchise, Avalanche has also worked with Warner Bros on 2015's Mad Max as well as its own theHunter. That has been played by more than seven million people. A sequel, theHunter: Call of the Wild, launched in 2017.

Avalanche is also working on the recently-announced Rage 2 in collaboration with original developer id.