It's looking like Assassin's Creed: Origins has been cracked 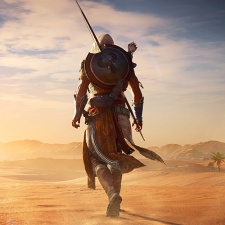 A group of pirates has claimed to have cracked the DRM on Assassin's Creed: Origins, about three months after launch.

Taking to the CrackWatch subreddit, Italian group CPY says it has broken the game's anti-tamper measures. These were quite considerable, too, with Ubisoft employing its own Uplay DRM, Denuvo 4.9 and VMProtect.

Uplay's DRM is well known at this part, being part of the publisher's PC client. VMProtect is a programme that protects core code, while Denuvo is anti-tamper tech that in theory protects software from being, well, tampered with.

Three months might not sound like a long period of time, but in recent years, it's pretty much a lifetime in games software.

Speaking to PCGamesInsider.biz last, Denuvo said that its strategy was to protect a game's launch period, where the bulk of sales typically take place. The anti-tamper tech - working in tandem with two other protections - has certainly managed this. Last year, Middle-earth: Shadow of War was cracked within just one day of launching.

Denuvo was purchased by digital security specialist Irdeto last month, so we could be seeing a considerable improvement to the company's tech.