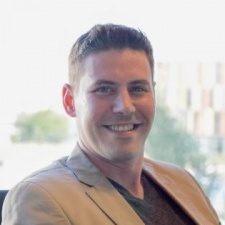 Speaking to PCGamesInsider.biz at Gamescom, Irdero director of product marketing for Cybersecurity Services Lucas Catranis said that the firm was taking a more 360-degree approach in the services it offers. One part of this is the Denuvo looking to provide anti-cheat services.

"If you look at the different threats that are out there for the big publishers, particularly people who have really invested in these big online virtual economies, they're doing amazing things," Catranis explained.

"But there's a lot of ways in which malicious actors and characters can exploit the different aspects of those games and create an unfair advantage for themselves and exploit that system to benefit from it financially in a way that the game's creators never intended. We look at some of the technology that Irdeto has and the synergies there, we are the original patent holder for white-box cryptography. That's something we can use as part of this broader security portfolio for games publishers and studios outside of just the traditional anti-tamper market."

Asked about the negative perception around Denuvo in some parts of the industry, Catranis explained that this was something the company was more than aware of and it is something it wants to fix. At the same time, he admitted that it's going to be an uphill battle.

"It's going to take some time," he said.

"Without having an active PR arm, there was a lot of misconceptions that got built up over time. From the Irdeto side, we understand that it's going to take some time to turn what some gamers are antagonistic about into something they trust and are happy to have. When we get more involved in the anti-cheat side of things, people will really understand the value that we can bring to the table."