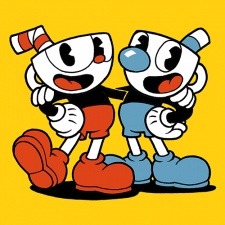 The news that the game had gone double platinum was broken on developer Studio MDHR's website in a post in which the studio said they were shocked and amazed the title had made it this far. Within two weeks of launch, the game had sold one million copies.

"Much to our shock and amazement, we can announce that Cuphead has now sold over 2m copies across all platforms," co-founder Chad Moldenhauer wrote.

"Even in our wildest dreams, we never thought our crazy little characters would be embraced by this many fans from around the world and we are continuously humbled by your support.

"So to everyone who has drawn fan art, composed memes, performed songs, conquered challenge runs, streamed their playthrough, or just played Cuphead and had a good time, we love and appreciate all of you from the bottom of our hearts."

SteamSpy places around one million of those sales on Steam. The game was part of Microsoft's [email protected] programme, thus was being heavily promoted on Windows 10 via the Microsoft Store, meaning that overall PC sales are likely slightly higher than that figure.

The game was also released on Xbox One.

Here is the studio tweeting about the news. We've included it purely because the featured gif is amazing.

Double Platinum! Thank you to the best fans in the world! https://t.co/ExnYtH7fZX pic.twitter.com/q0tdJz1wzZ